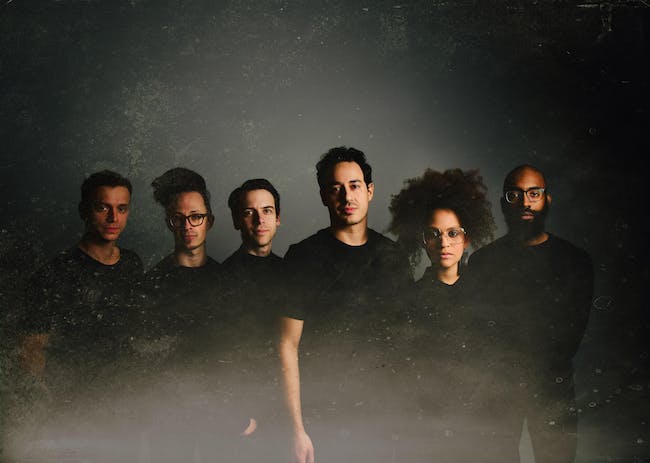 AJOYO is the vision of multi-reed player Yacine Boularès, a mystic brew blending African tradition, jazz and soul. More than music, it's a joyful ceremony, a fuller experience bringing musicians and audience close together. AJOYO chants in the name of Tony Allen, Oum Khalsoum, Charlie Parker and Donnie Hathaway. Stomping towards you in the eye of the dancer, arms open, horns, bell and bass interwoven like the fabric of a ceremonial dress, AJOYO speaks the language of the talking drum with a New York accent.

The project originated in these encounters and influences, as Yacine assembled a band that reconciles his North African and Western heritages. AJOYO celebrates life, love and justice through music: music for the heart, the mind and the body, the kind that is soulful, sophisticated and that makes people want to dance.