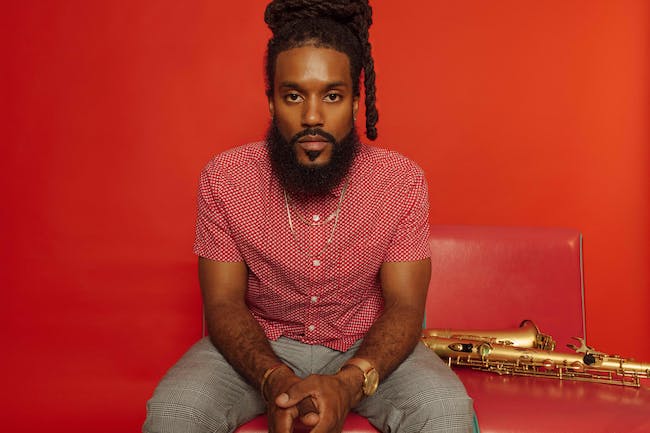 Birckhead is the full-length debut album that takes its name from Downbeat Award-winning saxophonist, educator, and Baltimore native Brent Birckhead. Birckhead’s boundless musical aesthetic and respect for craft combine on an album that cements his trajectory as a rising leader in a storied lineage of maverick woodwind artists. An introduction to the man and his music, the eponymous release is named to reflect Birkhead’s desire for his first formal offering to serve as a bold statement of purpose punctuated by his preferred mononym and comprised of deeply personal compositions. With it, he enforces a profound sense of duty to propagate a rich musical legacy and catalyzes a reclamation of personal identity through calculated efforts to redefine his family’s given surname. First employed as a utilitarian mechanism to specify colonial ownership of his enslaved ancestors, the word Birckhead becomes a benchmark for dynamism that surpasses the conventions of subjugation and challenges standards of popular music by the advent of the album of the same name.

Recorded during one six-hour session and driven by topics as varied as love, familial history and the fraught nature of the modern black experience, Birckhead is an eleven-track album that is split down the middle thematically. The album is partially inspired by events dominating the news cycle while other pieces focus on Birckhead’s “family, growth and perspective.” Guitarist Samir Moulay and trombonist Corey Wallace also contribute to the recording, which boasts the Freddie Gray-inspired “Suite 187”; the mournful trio of songs about the impact of state violence and the subsequent onset of trauma introduces listeners to the lifespan of a tragedy. The suite opens with a cadence of sharp drum strikes that simulate the sound of gunshots before the melody blooms into riotous pandemonium on “The Witching Hour.” Birckhead closes with a cover of “Someday We’ll All Be Free,” popularized by Donny Hathaway. The song is a nod to human rights movements and the inevitability of freedom.

Birckhead honed his skills as a saxophonist and flautist at Howard University under the tutelage of Charlie Young and Fred Irby. There, he played alongside Benny Golson, McCoy Tyner, Geri Allen, Wallace Roney, Greg Osby, and Mark Gross before graduating to gigs with Eric Benet, Wale, Dwele and Bilal. Taking the leap from Washington, D.C. to New York City in 2012, Birckhead joined the Revive Big Band under the direction of Igmar Thomas. The Brent Birckhead Quartet was formed in 2014. In 2015 Birckhead began touring as the saxophonist for Lauryn Hill. Flanked by bassist Romeir Mendez, pianist Mark Meadows, and drummer Carroll Dashiell III, Birckhead embarked upon a seven-nation tour of the eastern Caribbean during the same year that compelled the band of frequent collaborators to begin laying the foundation for the songs that would populate the Birckhead album.