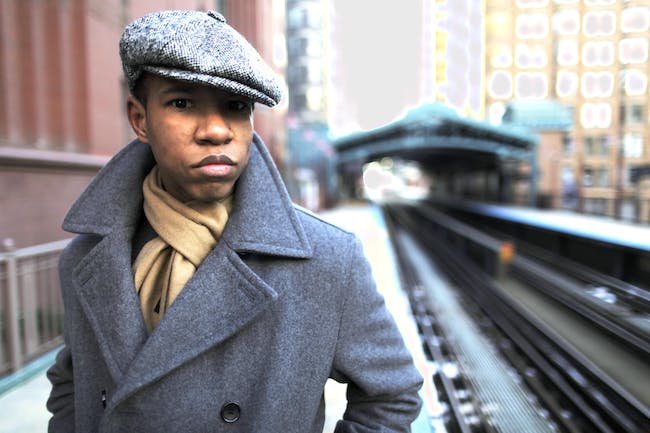 Born in Chicago, IL, a third generation musician, Milton Suggs recognized music as a gift from a young age; it was later that he would accept it as a calling. While growing up in Atlanta, GA, though continually exposed to music of varying styles, it was with his church choir at the age of seven that Milton garnered his first experiences with singing and performance. While in elementary and middle school, he gravitated toward the upright bass and later played the alto saxophone and drums; however, it was not until after high school that he committed to the pursuit of music as his life’s work. Returning to Chicago, he began studying piano with the legendary Willie Pickens, while also honing his craft as a vocalist and performer. In 2012 Milton moved to New York where he immediately took to performing throughout the city, branching out internationally as a performer and educator.

Milton’s voice and approach to music are a reflection not only of his direct lineage, but of the many great voices in Black music and culture from the past century and beyond. Firmly rooted in the blues, Milton sports a rich baritone with the breath and power reminiscent of Joe Williams and yet is able to emote with both the subtlety and soulful intensity of singers like Donny Hathaway and Frankie Beverly. With a sensitivity that belies his years, Milton possesses a unique ability to evoke emotion with a masterful sense of phrasing and dynamics. As both a performer and composer it is the music, spirit, struggles, triumphs, and stories from the many generations that preceded him that make up the foundation upon which his own artistry stands.

The recognition of Milton’s talents have continued to grow throughout his years as a fixture within the Jazz community. Voted repeatedly a top 10 rising star male vocalist in Downbeat Magazine’s annual critcs' poll, in 2013 he also placed first in a vocal competition hosted by MCG Jazz in Pittsburgh, PA. Milton has been consistent with his efforts as a recording artist, producing four albums between 2010 and 2016 and continually developing new projects with new ensembles. Presently, Milton Suggs continues to blaze a trail as a vocalist, composer, and educator touring throughout the world as both a sidemen and leader, embracing each opportunity to explore new creative terrain and further the legacy left by his predecessors.