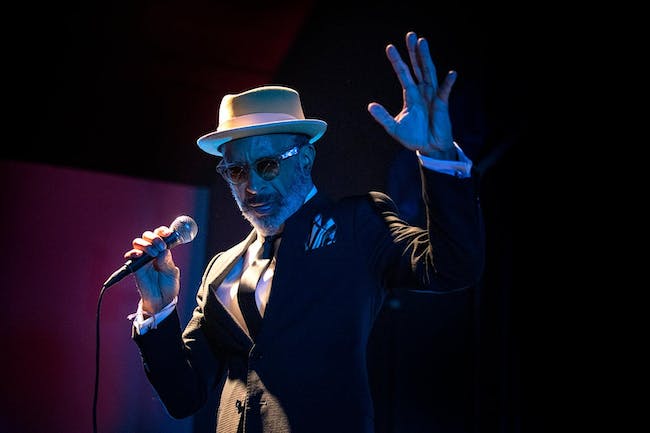 An Evening with The Reverend Shawn Amos

Blues singer, The Reverend Shawn Amos, is an exhilarating entertainer whose performances are filled with the foot-stomping, call-and response energy of a 1960s’ Chicago blues club.

The Rev was raised in 1970s Los Angeles watching musical legends like Marvin Gaye and Quincy Jones at work. The son of music agent-turned entrepreneur, Wally “Famous” Amos and R&B nightclub singer, Shirlee May, Amos has had a rich career as both a producer and performer — overseeing new music and career retrospectives from R&B blues legends Solomon Burke, John Lee Hooker, and Johnny “Guitar” Watson among scores of other legacy acts.

Amos began releasing a series of semi-autobiographical albums in the 1990s. His work has been lauded by NPR, Elmore Magazine, Los Angeles Times and American Songwriter. The Rev’s life exploring, chronicling, and preserving black American music led him to the American blues songbook and a commitment to keeping this great American art form alive. His new album with his band, The Brotherhood, will be released April, 2020.